There’s a big jump in online revenue in the 4th quarter for Amazon. However, the retail giant, Walmart’s profits went down to 18% as it continues to spend to fend off Amazon. The past year, Amazon is at more than 60 percent and Walmart is at 10 percent in stocks. Recent news say that it could be Amazon but there are still many who supports that Walmart could still be the best buy.

With the growing popularity of online stores and ecommerce, Walmart also paved their way to ecommerce and thus the Walmartone com Their prices has gone cheaper and they are continuously working to make things work in online sales.

The question arise, which one is a better buy in stocks? Would that be Walmart Stocks or Amazon Stocks?

Joseph Agnesi says that Walmart is a better buy. Walmart expands online offerings, they offer lower prices, and they speed up delivery. They have trained their employees and improved fairly in instock positions in store. So these improves the in-store experience. The combination of online and a instore sales should help the company gain and defend market share.

Ross of Gerber Kawasaki, however is going for Amazon. It’s a no brainer that Amazon is dominating the retail in every corner. It actually reminds Ross of Walmart in 1985 when it was a good company. But Walmart is so behind the ball when getting into retail online. Walmart bought jet2.com which is a total loss. Walmart had been buying companies that do not really integrate each other.

With debates here and there, it may be clear that brick and mortar giants are losing their customers to online ecommerce stores. But it is good news that traditional stores offline have started their own ecommerce sites as well. But will it compete to Amazon? Regardless, there are advantages and disadvantages that each store has. In the end, it is still the buyers choice – which one serves them better.

The Use and Importance of Home Security Cameras 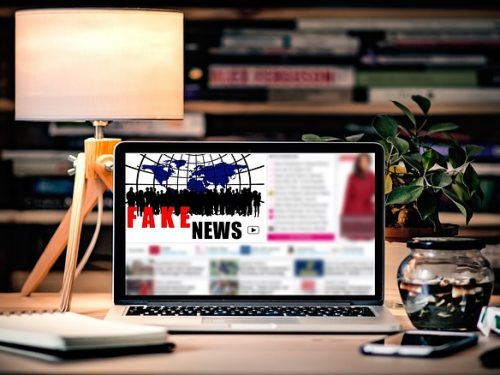 Doing Your Part in Stopping Fake News in its Tracks